Lacrimosa, well known and established German Gothic act surprise us once again delivering an exquisite piece of art, an astonishing, overwhelming gothic opera which no words can describe.

Let's start by warning that the root of this album is pure classical music in the vein of Mozart, so if you absolutely hate classical music, stay away from this one. Lacrimosa recorded this one with the London Symphony Orchestra, the result, a classical opus divided in three acts that tells the story of an impossible love doomed to fail, culminating in the question of whether love in excess can become a force that ultimately has the power to destroy itself, whether to much love will kill.

The whole album is sung in German, except for one song, singed entirely by Anne Nurmi, female singer of the band. The counterpart of Anne is Tilo Wolff, founder and mastermind behind Lacrimosa, Tilo has a somewhat weird voice, and a very marked German accent, many people find Tilo's voice disturbing, I find it perfect for the kind of music this band deliver. Let's analyze this piece of art act by act:

Act 1
The album opens with 'Am Ende der Stille' [at the end of silence], a long instrumental piece, in this one you can hear the Mozart influence in this band, this one describes The slow disruption of love overwhelmed by harmony. Next is 'Alleine zu Zweit' [together alone], a beautiful song, you'll find trying to hum the chorus even if you don't know German! This one is followed by the powerful 'Halt mich' [hold me], the strings and flutes describes a desperate attempt to breathe new life into the past, to regain what have been lost. The only English song 'The Turning Point' is next, Anne Nurmi has a very striking accent, which fits perfect in this song that recounts these days that have been lost in a mood of intimacy and leads finally to the inevitable events of the second act.

Act 2
'Ich verlasse heut' dein Herz' [I take today leave of your heart], is an escalating, emotional piece that evolves into a really heavy song. This one describes almost indulgently the emotional separation that is experienced in the touching, followed by the act of separation itself, which take place on the different levels of the somewhat mysterious 'Dich zu toten fiel mir schwer' [killing you was hard], a song with a heavy riffing in the middle part.

Act 3
The Opera reaches it's climax when the firsts strings announces the arrival of the requiem 'Sanctus', this one clocks around 14 minutes, but it has all the elements to make it a perfect song, choral piece, strings, winds, harsh parts, softer parts, nice soloing, just perfect. 'Am Ende stehen wir zwei' [at the end, there are the two of us] wraps things and tells of a farewell full of hope.

So, what are you doing reading this? You should be out buying this album! If you like gothic metal and classical music, you can't go wrong with this one! If I have one word to describe this album. It would be: perfect. Still reading ? GO ! 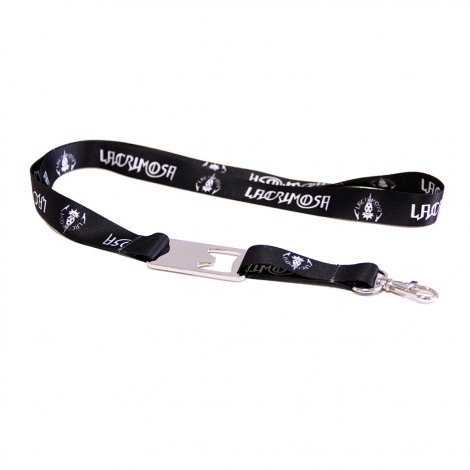