SnakeSkin is the side project of Tilo Wolff, the mastermind of Lacrimosa, founder, owner and manager of Swiss record label Hall of Sermon. SnakeSkin was founded in 2004 and is featuring the opera singer Kerstin Doelle. SnakeSkin, which differs significantly from Lacrimosa, does not fit into any specific genre or production. It is playing emotional electronic music with influences from classic and rock. Contrary to the characteristic and usual electronic sounds in which the vocal arrangements take a narrative role, in SnakeSkin, the voice is part of a musical mix as an organic and emotional element. After three exceptional albums: Music For The Lost (2004), Canta'Tronic (2006) and Tunes For My Santiméa (2016), and a couple of shows, together with HannesB and Thomas Daverio, SnakeSkin released a new masterpiece Medusa's Spell in February 2020, which was also the winning album of Terra Relicta Dark Music Awards 2020. Therefore the interview with Tilo Wolff was Terra Relicta only logical next step.

Interview with: Tilo Wolff
Conducted by: Tomaz
Edited by: Jerneja

Tomaz: First, congratulations on winning the Terra Relicta Dark Music Awards 2020. You have a devoted fan base that supports you everywhere. What does such a thing mean to an artist like you are?
Tilo Wolff: Thank you for the congrats! I am very thankful for this wonderful support of our audience! As a music lover and devoted fan of so many talented musicians whose music I had the pleasure to grow up with, I am amazed that it seems that nowadays there are so many people having the same pleasure with my music, and this makes me very humble and happy.

The young Tilo would never believe the international success Lacrimosa has achieved. Not for a second.

Lacrimosa is back with a new cd: ‘Live In Mexico City’. The cd is meant to be a reflection of the last tour, after the excellent cd ‘Revolution’. Peek-a-boo had the chance to have an exclusive chat with Lacrimosa-masterbrain Tilo Wolff. He told us about the new cd for sure, but also about the history of Lacrimosa, about his motivation… and he even tells us why Belgium holds a special place for him and for the story of his project.
‘Live In Mexico City’ is the third live-cd of Lacrimosa, after ‘Live’ and ‘Lichtjahre’. You only released two albums since ‘Lichtjahre’: ‘Sehnsucht’ and ‘Revolution’. Why do you think it was the right decision to produce a new live-cd?

Tilo Wolff: There are two reasons mainly. The first was the last album ‘Revolution’. It’s the first time that we play almost all the songs of an album live. I was very enthusiastic about the live versions of the songs and I wanted to have a live recording for my own archive, to be able to listen to it. Sometimes people ask me if they can have a recording of the concert they’ve been to, as a kind of souvenir, something you can listen to again. I know that feeling. I feel so too. For instance, I was very glad that Leonard Cohen released two live-cd’s from his last tour. The second reason is that ‘Lichtjahre’ was more of a compilation of a whole tour, in which we chose songs recorded at different concerts. This time we wanted to record a whole concert from beginning till end, with the special atmosphere that it brings and the tension that builds up during the show. We were actually taking a break after the tour in Europe and Russia before going to Latin America when I got the idea to record one of the concerts. I was so happy with the tour that I wanted to record a complete concert.

So it has nothing to do with the fact that it was recorded in Mexico? You enjoy a massive success there, and actually in the whole of Latin America and in Asia also. It’s surprising that such an alternative gothic-metal band has achieved such a status, especially since you sing mainly in German. How would you explain this?

I think it’s because Lacrimosa is a very emotional band. That works well with the Latin American people. But we also have a rougher side. The Latin American people like rough music, like metal. And they also listen to a lot of emotional music. I think this combination - hard and emotional - works perfectly with Lacrimosa. As for Asia, I think it’s just the fact that we are one of the only western or European bands that are playing there. They just don’t know that many western bands, and they appreciate that we come to play there. We’re one of the only western bands that played these countries two times in the past few years. It’s really funny, because when we were there last time, we were among the likes of Tina Turner. Only two other western bands were programmed, and Tina Turner was one of them.

It looks like you have achieved this success with only little media exposure. I mean, Lacrimosa is seldom played on the radio, except in very specialised gothic or metal programmes. Seemingly, the fans just find their way to your music, without a lot of interference by the media.

No thoughts on “Revolution”

We are absolutely astounded by the new album ‘Testimonium’. It is dark and beautiful. You announced the CD as an homage to artists deceased in 2016. Indeed, the opening track ‘Wenn unsere Helden sterben’ contains references to David Bowie, Prince and even George Michael…in what sense did their passing inspire you to make this CD?

You know, I grew up with Prince and later, when I got in contact to alternative music I discovered David Bowie’s work from the 1970s. So, those two musicians made me fall in love with music and they both shaped the way of understanding and listening to music for me for many years. Now, when they suddenly died only a few month apart from each other, as well as the death of so many other great artists I respected a lot within the same year, a part of my childhood and my youth died as well. This was a loss and a sorrow that needed to be expressed in – of course – music. And ‘Testimonium’ is the result of this!

The new CD offers a very much consolidated Lacrimosa sound that is similar to that  of ‘Hoffnung’, your previous CD. Lacrimosa has been known to evolve in sound at every new release. Do you still try to change your sound, and if so: what new elements did you bring on ‘Testimonium’?

On this album I was more concentrated on the compositions themselves. When I made this album I was kind of in a trance. I couldn’t think of anything else but this music that was fulfilling and at the same time haunting me. ‘Testimonium’ is probably my most subconscious album.

The evolution in sound was obvious on ‘Revolution’, which I still love very much. You tried things there that were unheard of in the world of Lacrimosa. How do you look back on it?

Yes, after ‘Sehnsucht’, which was the first album after a short break in which I was busy supporting another band, I wanted to achieve a new sound like I did back in 1995 and then again in 1997 with ‘Inferno’ and with ‘Stille’. But this time it was supposed to be a sound that would carry LACRIMOSA for several years and albums because after all these years I want to achieve a certain constancy. The reason for this is actually very simple: when I listen to METALLICAs self-titled black album, I want to get more albums with that sort of stuff. But there is nothing more like that. The previous and later albums are – mostly – also pretty cool, but they are very different. So, after doing so many various albums I now want to combine my personal favorite things within LACRIMOSA and want to stick with them for a while.

Can we look back at an earlier milestone? ‘Elodia’ - out in 1999 - is a fan favourite and contains the most orchestral sound up to that date. If I’m well informed, it was a very hard time for you. What memories do you have of composing ‘Elodia’?

No thoughts on “Testimonium”

Xavier of Dark Entries spoke with Tilo of Lacrimosa.

Lacrimosa released its latest CD Hoffnung at the end of 2015 to celebrate its 25th birthday. After the very experimental Revolution, this album returns to the classic sound of Lacrimosa. Brilliant compositions in which grand orchestrations alternate with harder rock.

Hello Tilo. You released Hoffnung at the end of 2015. We love the album. What are your own feelings about it?

Great to hear that you love it! Well, for me this album is some kind of the essence of Lacrimosa. I’ve been working on this for over a year and every note, every word is a piece of myself. The whole album is like a child, like my baby!

The theme is somewhat different from the predecessor Revolutionwhich was based on social critique. On Hoffnung you return to more personal themes as love and loneliness. I still hear echoes of Revolution though, for instance on the title track. Is there an overarching theme on Hoffnung? If so, which one?

I think Hoffnung – hope – is a word with many facets. Mostly it has a a positive meaning. People hope for something good, or at least something better than the current situation. That means that hope has something to do with time. Hope focuses on the future, using past experience and hope takes the current situation into account. Without time there is no hope and without hope, there is no future. No one can live through a single day without the hope to make it through that day and even further. These are a few facets of hope. But there is also error-driven hope. Hope upon something that never ever can be fulfilled. That can slow down and destroy a whole life. So, hope is not only something positive. These all are facets of hope, and of this album.

For the first time, Lacrimosa formed its own ‘Lacrimosa Session Orchestra’, in which you played trumpet. This must have been a lot of work. Couldn't you have saved time by working with an existing orchestra. Why did you choose to form your own?

No thoughts on “Hoffnung” 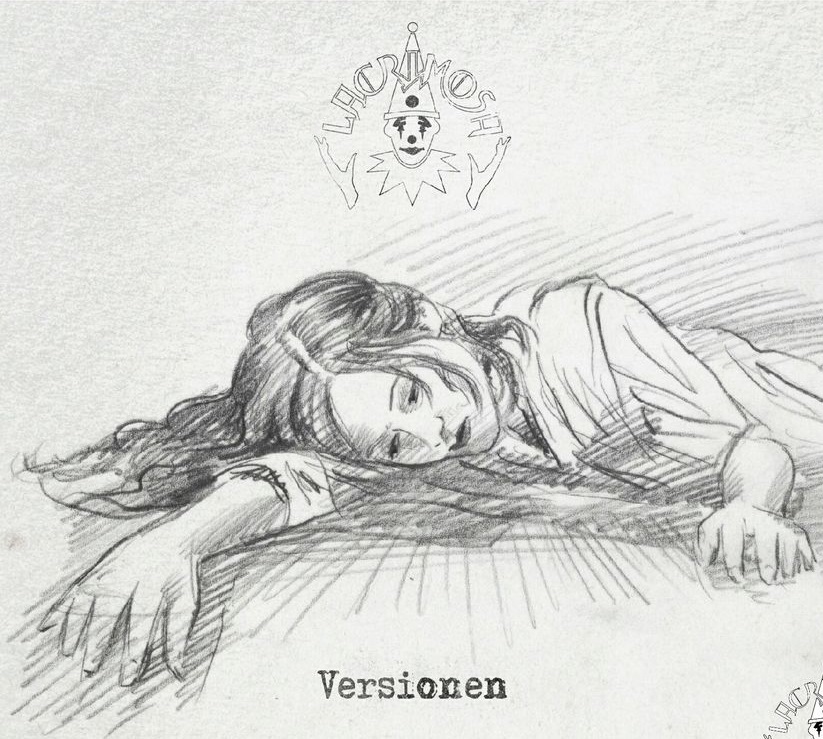